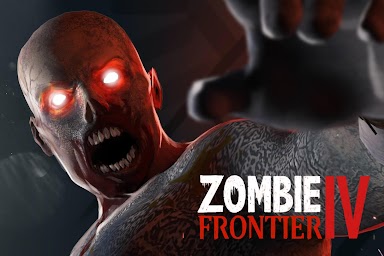 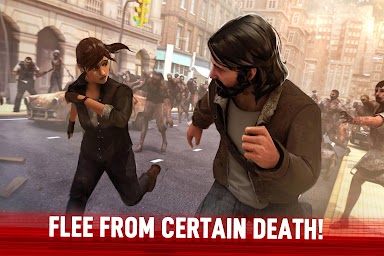 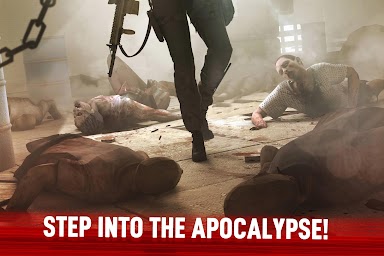 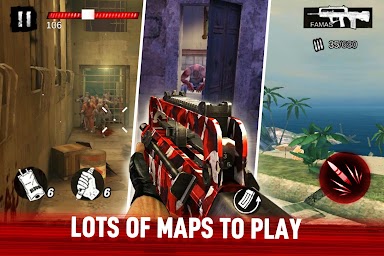 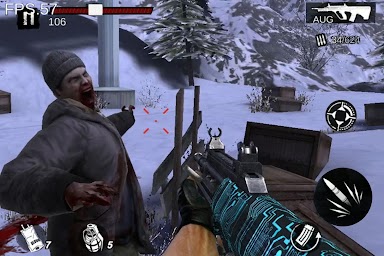 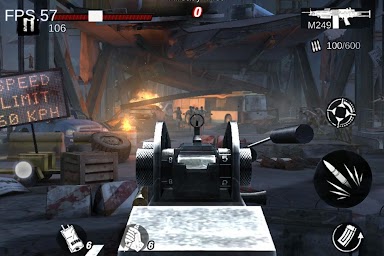 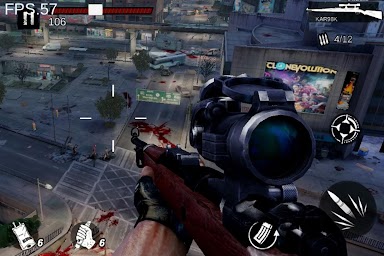 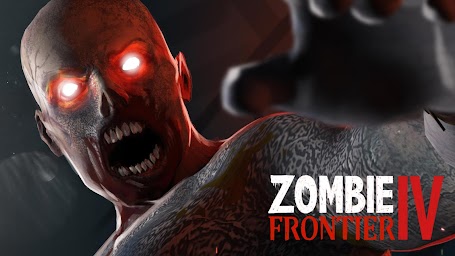 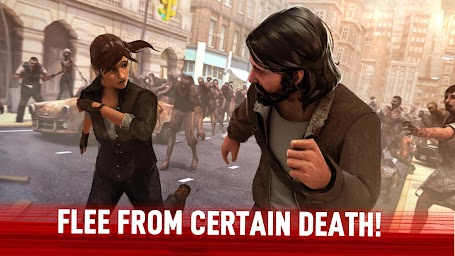 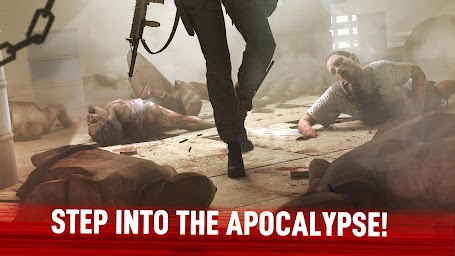 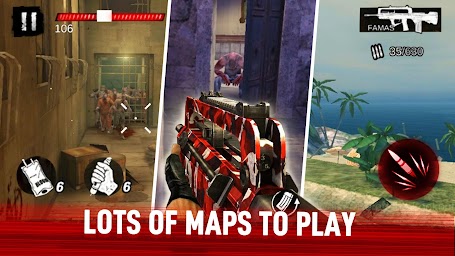 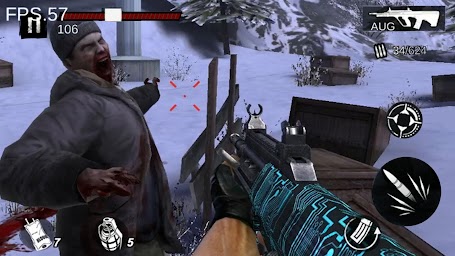 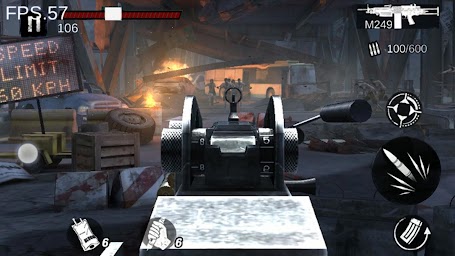 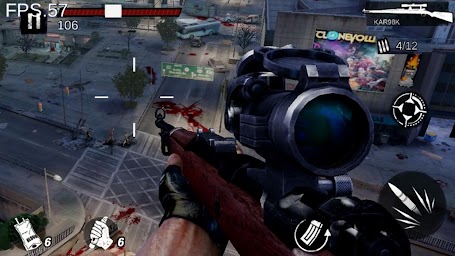 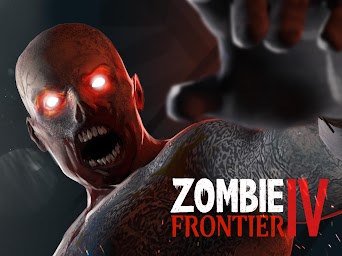 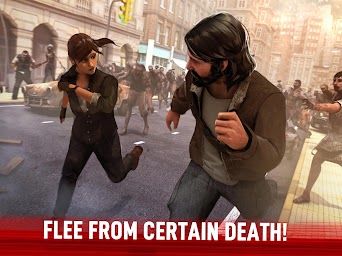 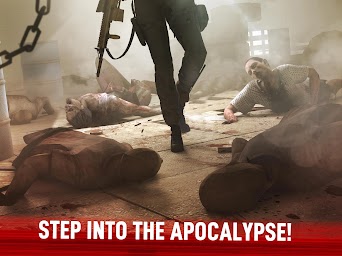 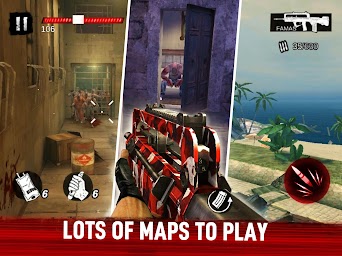 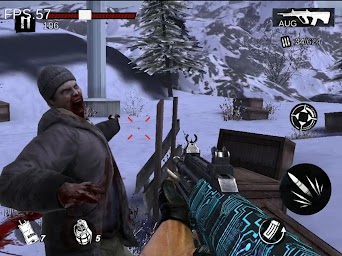 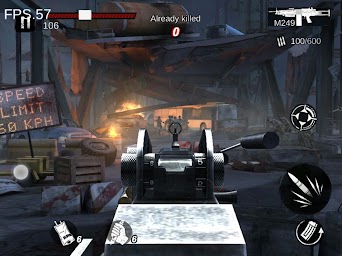 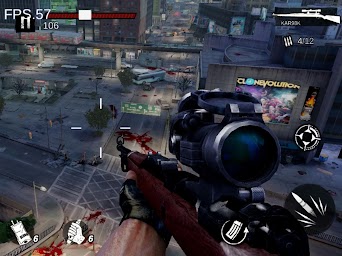 Continuing the zombie game series, FT Games has released Zombie Frontier 4. Like the previous installments, this is still a first-person shooter game. However, with many improvements in content and graphics, Zombie Frontier 4 will definitely give you a more unique experience.

Enter the world of Zombie Frontier 4, you will experience countless challenging levels. Zombies in this version have been upgraded, they are smarter and more agile. In return, with a diverse weapon system, you can choose the most powerful guns to face them. Survive each challenge, it’s time to show off your survival and fighting skills.

Zombie is something that has been upgraded in this version. In each battle screen, you will find zombies hiding in the dark corner. They are always lurking and ready to rush if they see your appearance. Zombie dogs, zombie animals, they can stand up even if their heads have been shot. There are also Lickers, Roadblockers, Changers and many other mutated zombies. And especially, each battle will have zombies, their resistance to bullets is as great as Mother Worm and General Simmoms. To be able to defeat Boss zombies, you will spend a lot of ammo and time.

In a match you can bring 2 guns. Choose one of the guns you want: pistols, rifles, pistols, snipers … and grenades. A grenade is thrown accurately, will help you to solve difficult situations. For guns with low ammo, you usually aim for vulnerable areas of the zombie such as the head and heart. If you decide to bring 2 rifles, suppress them by spreading bullets. The shotgun will solve each zombie with only one. Each gun you need to have different tactics, avoid being hit by zombies while reloading or running out of ammo.

Upgrading weapons is a unique feature in Zombie Frontier 4. Other games will only allow you to use the default gun. But in this game you can upgrade the ammunition, damage to the weapon. Or armor, which helps you to withstand many zombie bites is also extremely important. The money you earn through each game screen will help you perform the weapon upgrade.

You will need to destroy all zombies and escape ambushes in the snow, deserts and caves. You will fight zombies alone on bridges or skyscrapers. In addition, there are many other battlefields like hospitals, prisons, islands, factories and more waiting for you to explore.

Not only fighting alone, you can also search for other survivors. Zombie Frontier 4 also features competing with other players. The number of zombies defeated and the remaining health after each game screen, will be the measure to decide victory in each of these competitions. At the same time, you can complete missions during the event to receive rare items.

The next item in the game screen will help you a lot. The ammunition boxes are essential for you to look for. They will appear randomly in the map after each time period. You cannot be sure that you have enough magazine, so look around. In addition, the medical box will help you restore a significant amount of blood. As long as you are alive, victory will always be waiting for you.

The common point of shooting action games is built with 3D graphics. In Zombie Frontier 4, the horror zombies are very realistic. With the first person perspective, you cannot see your character. Visual effects such as gun sparks, explosions … combined with vivid sound, will create the player’s charm.

If you feel that passing the challenges is too difficult, please consider using our MOD version. This MOD APK version features:

Experience the real apocalypse when you participate in Zombie Frontier 4. The gameplay with loads of challenges, diverse features and weapons is the attraction for gamers of this game. More than that, you will never be alone in this game. Connect with other players to create a new atmosphere. Wish you have fun playing the game!

How can Noadware.net guarantee 100% security for the Zombie Frontier 4: Shooting 3D Mod APK?

Is it safe to download the Zombie Frontier 4: Shooting 3D Apk Mod file from Noadware.net?