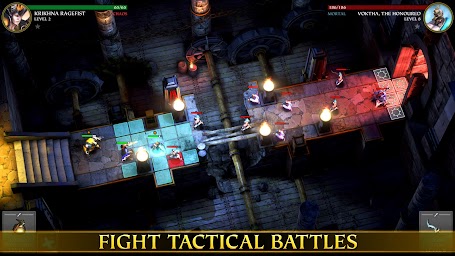 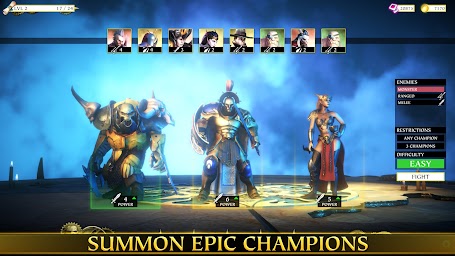 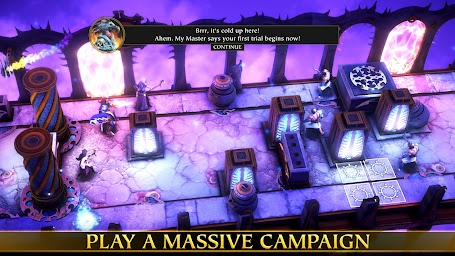 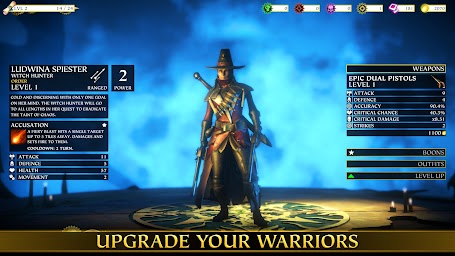 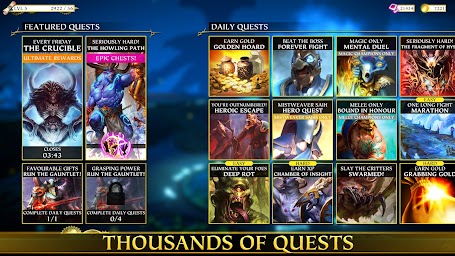 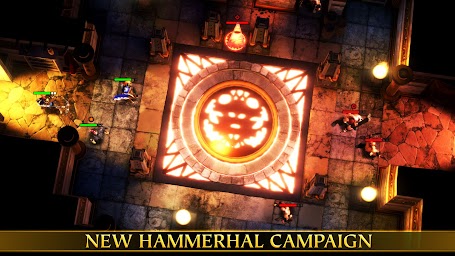 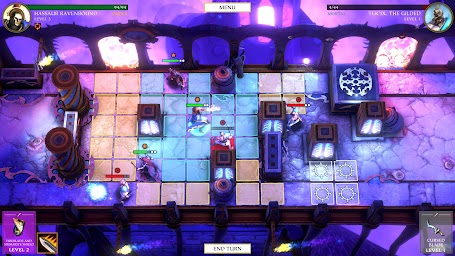 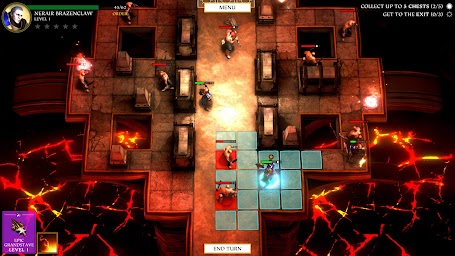 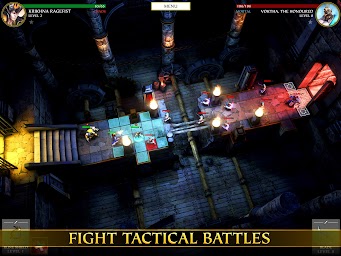 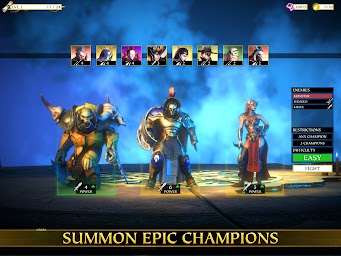 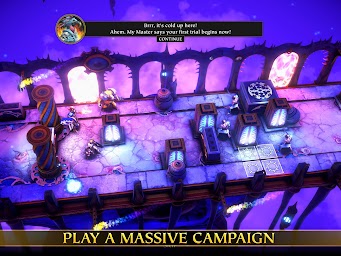 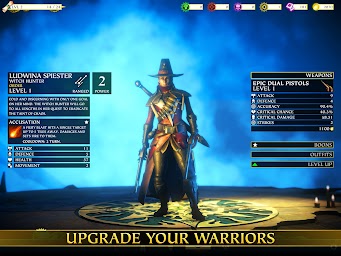 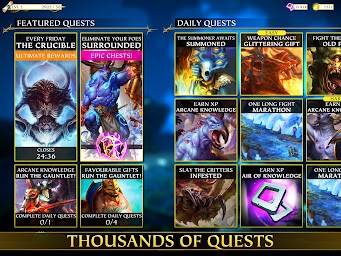 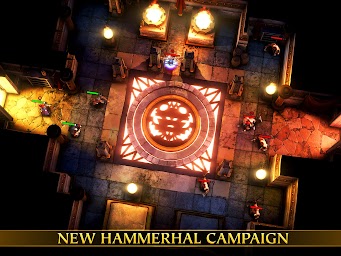 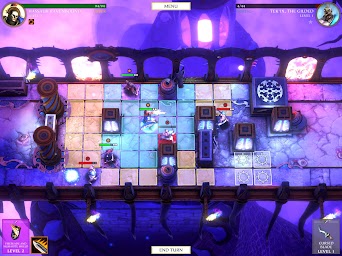 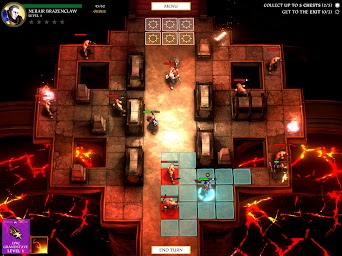 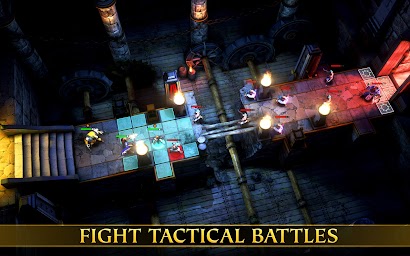 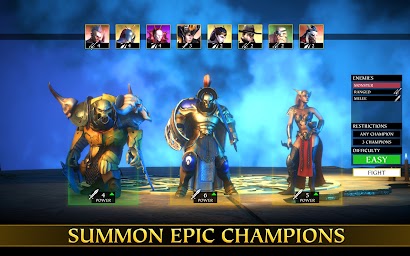 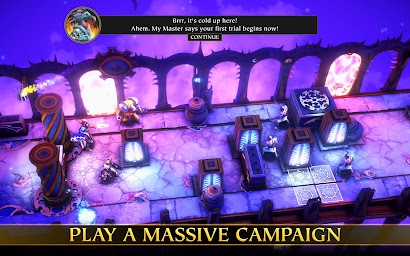 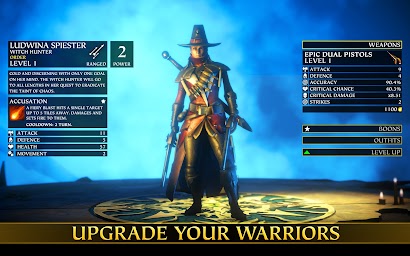 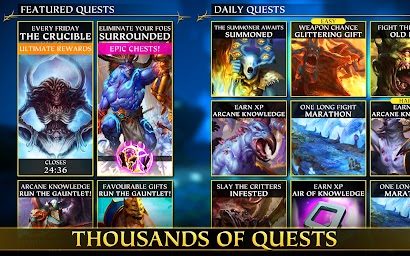 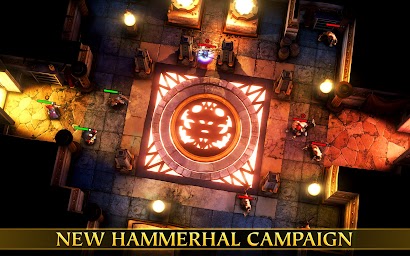 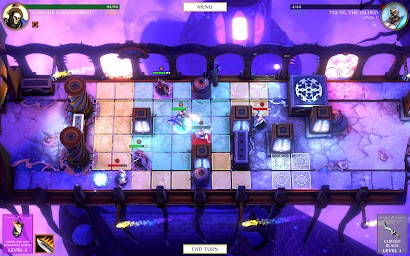 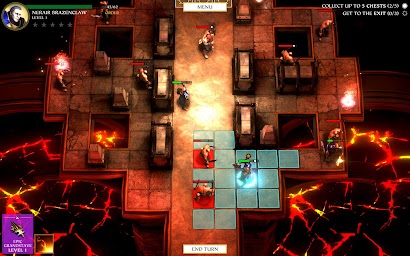 Back in 2016, Games Workshop announced that they would come back with a series of board games called ‘Warhammer Quest‘. The player will choose a hero and fight through an RPG. However, they play in a traditional style rather than direct confrontation. This is what Warhammer has mostly been known for.

The first title for Warhammer Quest’s return is Silver Tower – a mysterious maze filled with Tzeentch’s magic and enemies. Players will accumulate to go to the ultimate showdown with the Gaunt Summoner. Throughout the game, your heroes will find upgrades. This helps them fight an ever-increasing number of enemies.

How to play the game

Warhammer Quest: Silver Tower is a free turn-based strategy game. Here, players have to negotiate a number of missions with different winning conditions.

The turn-based mechanism uses a system of movement, and grid-based targeting. Each of your heroes has two actions available at each turn. When all three of your heroes have completed their actions, you will end the turn. The enemy is controlled by AI. They will move around the map and attack you.

By choosing a hero, you can see how far they can move. Blue grids perform one action to complete, while yellow grids perform both available actions. You can choose enemies to see how far they can move. This becomes essential when you progress through levels, and when the difficulty increases. This is definitely a good game for thought, especially as the difficulty increases.

Enemies within range will appear under the red grid when your hero is selected. An attack is an action, however, you still have a chance to score a critical hit. And sometimes, your character may fall into “Death Stroke” giving you free attacks.

The enemy also has two actions. Acolytes are equipped with magic. They will keep your distance, and throw fiery rays of destruction at your poor heroes. While those armed with melee attacks will try to close the gap as quickly as possible. In some cases, the opponent will move to a more advantageous position whether you try to run to the side, or prepare for the next turn.

A quest will end when the winning conditions are met. They are shown at the start of a mission, and often involve destroying a certain number of enemies, exiting or destroying the Tzeentch turret.

Each hero in the game has their own ability to use in quests. The Dark Oath Archers can summon a Hound Chaos who you can control for 2 turns. On the other hand, Gor Lead Belcher has a dangerous explosion, making 3 explosions on an area with a 3 × 3 grid. In addition, it burns the said cells in one turn.

Some abilities too, such as Gors can only be used once per quest. Others will cool down before they can be used or reused. Each skill matches the hero’s style, and they’re really fun to use. At this point, your character is locked to a specific skill and cannot be exchanged.

The main plot missions are grouped into different segments. Each segment consists of 4-6 missions. In many cases, these heroic characters end up with a more difficult one, such as the Gaunt Summoner.

When you play the Silver Tower, you’ll be excited to unlock new heroes to try out. To summon heroes, you need to earn summoning stones. Then use them to summon heroes or Champions. 100 stones will make you a champion with 1 or 2 stars. While 250 stones get you an epic summon, reward you with a 3-star or above champion.

These accumulate a bit slowly. However, you cannot finish the game without buying more stones with your own money. If you want to unlock new characters a bit faster, then in-app purchases are reasonably priced. You can buy gold, or unlock bombs and weapons through the in-game currency.

Conditions for winning the quests

Maybe when you summon, you will encounter countless heroes that are similar. They differ in stats, but their unique abilities won’t change if you’ve started recruiting several of the same heroes soon. In it, there are heroes that you will probably never use. But there is no way to “delete” the character you have summoned. This results in your character selection screen becoming pretty full.

So be careful when choosing heroes to participate in a quest. While the hero’s current level is displayed, you have no way of knowing if there are any equipment or booms attached to them. This leads to having to remember the order in which they appear on the Champions screen. This is the ideal way to make sure you’re putting the right hero on the mission.

With 3D graphic design, Silver Tower did a very good job in terms of graphics. The zoom isometric viewport is close enough to the action to see animations of characters attacking and moving. Every character, whether it’s a hero or an enemy, is well-rendered and beautifully animated.

Warhammer Quest: Silver Tower is free to download on both iOS and Google Play Store. This is an extremely attractive and interesting game according to gamers. In particular, the game is suitable for gamers who love battles with superheroes and champions. To experience the fun that the game brings, install the game right now! Visit our maxdroid regularly to discover more cool games and do not forget to leave your review of the game! Have a fun game!

How can Noadware.net guarantee 100% security for the Warhammer Quest: Silver Tower Mod APK?

Is it safe to download the Warhammer Quest: Silver Tower Apk Mod file from Noadware.net?

Dungeon of the Endless: Apogee