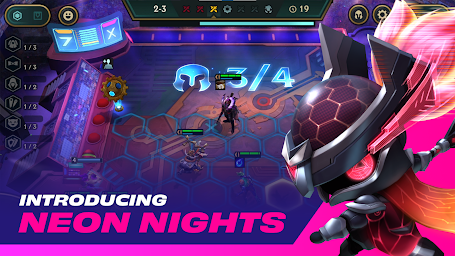 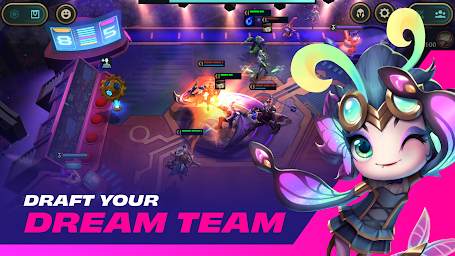 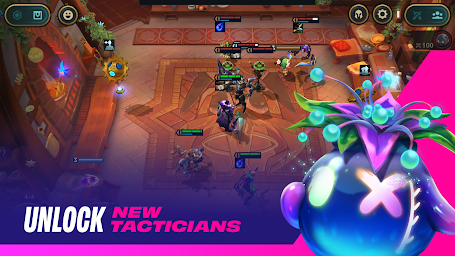 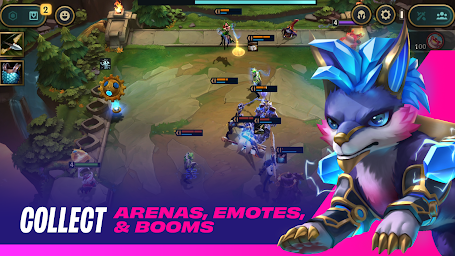 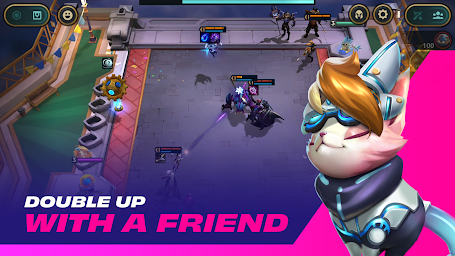 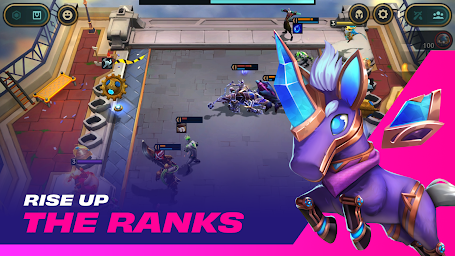 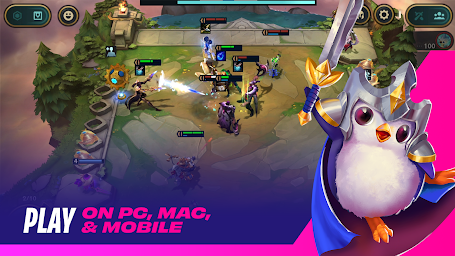 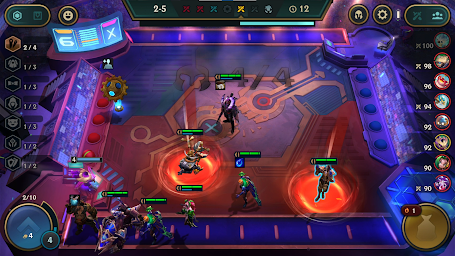 Good news for those who love League of Legends, especially Teamfight Tactics, Teamfight Tactics APK for mobile was officially released by Riot Games. You can download the game and install it completely for free via the links below the article.

Currently, the game has just released a BETA version for Australian servers. Players in other countries need to use VPN app to change IP if you want to experience this game soon. You can choose to use Turbo VPN, Hotspot Shield, ExpressVPN for a stable connection…

How to play Teamfight Tactics

Teamfight Tactics is an auto-chess mode of League of Legends. This game consists of 8 players in a match, the last survivor is the winner. Each person starts with 100 HP. After each loss, you will be deducted HP (defeating the opponent’s champions will help you lose less HP). Basically, the gameplay is simple. The controls are not complicated at all. You just need to drag and drop to place the champion you want on the board. After that, your squad will automatically fight the enemy. However, in order for your squad to be highly effective and capable of defeating other players, you need to have a good strategy.

Gold and exp points are two factors that players need to consider when playing Teamfight Tactics. You will receive gold every time you finish a battle. You have two options to use gold, level up or rolling. Keeping the chain of losses or wins also gives you a large amount of gold reward. Therefore, you need to learn how to manage gold well to have a squad you like.

The maximum number of champions on the board depends on your level. You can have up to 9 champions. If you level up before your opponent, you will have a slight advantage in numbers and surprise the opponent. If you have Force of Nature, you can place one more champion.

As you all know, Teamfight Tactics has now entered its second season with a completely new system of champions and items. In fact, Teamfight Tactics is not difficult. However, you need some time to get used to it. It is not easy to remember all the champions, the Class and the items because it is almost remake compared to the original game. If you’ve ever played LOL, that might be an advantage. But if you haven’t played LOL yet, you need to know some information before starting a match.

The generals in the game are divided into Class and Element. You will activate the power of the Elements if you reach the required number of champions in that Element. For example, when your squad has Brand, Varus and Annie, you get the Inferno element effect. Currently, the game has elements such as Inferno, Water, Crystal, Steel, Earth, Sand, … Besides, the characters are also divided into classes such as Berserker, Blademaster, Ranger, Lunar, Predator, Light, Soul, Shadow, etc.

Little Legends are very cute creatures. They represent you on the battlefield. They can pick up equipment, pick up champions in The Carousel. In addition, they can “tease” opponents if you want. Collecting lovely Little Legends is also a joy in this game.

When playing Teamfight Tactics, you can participate in one of two modes, Normal and Ranked. If you win a ranked match (ending with a place in the top 4), you will gain LP.

Some tips for new players

One important thing you need to know when playing Teamfight Tactics, how the team arrangement affects the strength of the squad very much. You need to learn how to attack, the ability and range of each champion to have a reasonable strategy.

Besides, you will receive bonus gold based on the amount of gold you have accumulated (according to each milestone 20, 30, 40, 50). Therefore, if you save a lot of gold, you will have many advantages over the opponent.

Everything is almost the same as the version for PC. However, it has some changes to fit the phone screen. When you touch the Shop in the right corner of the screen, it will show up the full screen instead of at the bottom. Besides, some information display interfaces have also been changed to help you have a better experience.

Above is some information about Teamfight Tactics APK. Thanks to the mobile version, now you can play Teamfight Tactics anywhere, anytime. If you love League of Legends and want to take part in this strategy game, download the game via the link below the article and start a match today.

How can Noadware.net guarantee 100% security for the TFT: Teamfight Tactics Mod APK?

Is it safe to download the TFT: Teamfight Tactics Apk Mod file from Noadware.net?