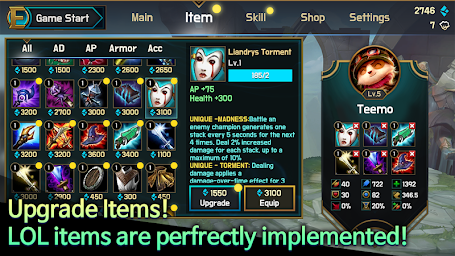 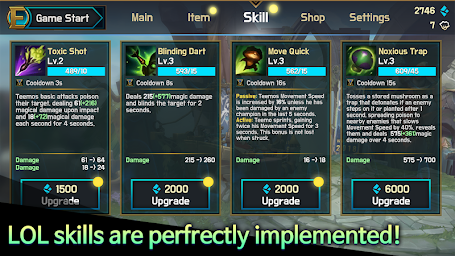 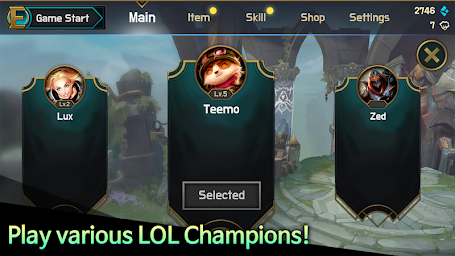 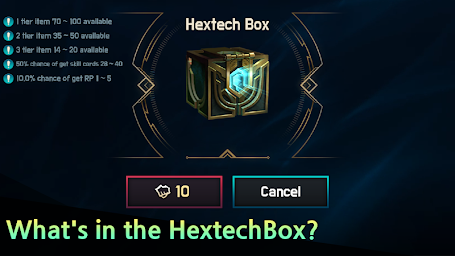 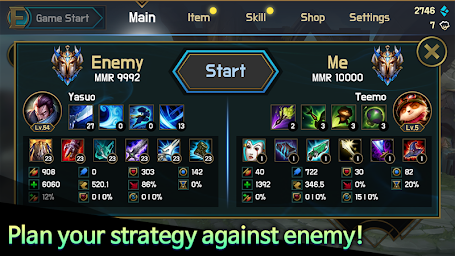 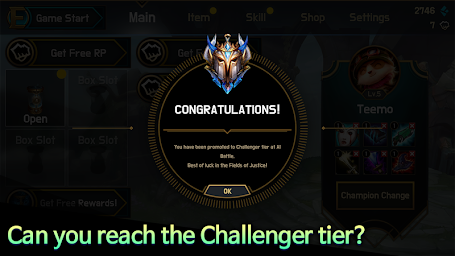 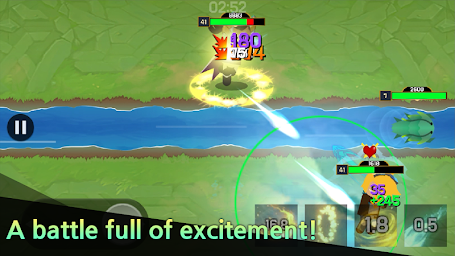 Download Ez Mirror Match 2 MOD APK version now to be able to experience the exciting features of League of Legends right on your phone without an internet connection!

Besides Dota, League of Legends is the MOBA game that has a great influence at the present time. This game attracts a large number of players and that number is constantly increasing every day. According to Riot Games statistics, the final of the 2019 World Championship has reached a record 44 million viewers globally. What an impressive figure for an e-sports game.

League of Legends has a lot of interesting things about champions, battles and equipment. So it inspired many publishers to create their games on mobile platforms. Ez Mirror Match 2 is one of these games. This game was released by Bullinzadu, a publisher claiming to be a true fan of League of Legends.

It should be added that Ez Mirror Match 2 is not the official game of Riot Games. It’s just a fan-made game for League of Legends lovers and wants to create a fun mobile game. It was very impressive. It’s a completely different game, but when you first open the game, it’s like a copy of League of Legends. And that is only the first factor that helps the game attract millions of players around the globe.

If you regularly follow the Stream of famous players like Faker, Khan, Caps, Yassuo, you probably already know an extremely interesting game that players create. You and another player, create a Custom match (Summoner’s Rift), both choose Dr. Mundo. Each person bought a Pink Ward and went straight to Baron cave. Like Tennis, you and your opponent place the Pink Ward in the middle like a net. And then, both use the Q skill to throw a knife at the opponent’s face until one of them is defeated. This is a very fun game, training the ability to use the directional and dodging skills of the player.

Perhaps, Ez Mirror Match 2 is inspired by the game above. The only thing, you can use a lot of different generals instead of just using Dr. Mundo. You use the direction-targeting skills to attack the opponent on the other side of the river. In the middle of the river, Rift Scuttler always moves. It can block some of your or your opponent’s skills. You can use Rift Scuttler to avoid some opponent’s skills. In the end, if you defeat the opponent, you will be the winner.

The control is quite simple. You just need to control your hero to move left or right. When the arrow keys point in the direction you want, choose the skill of the hero. The skills are simulated like League of Legends, so the combo is similar. For example, you could combine W: Essence Flux and Q: Mystic Shot of Ezeal to increase the damage. In addition, you are also allowed to use some spells like Flash, Barrier and Heal.

Currently, Ez Mirror Match 2 has two modes, including playing against AI and playing against online players. In my opinion, when you are a new player, go through some matches with AI to get used to the gameplay controls. It’s not that difficult, but you need a few matches to master it.

The online mode includes ranked games like League of Legends. After winning some games, you will be promoted. The rankings are divided according to the old system, with the highest rank being Challenger. If you feel you’re unlucky in League of Legends games, try Ez Mirror Match 2. In addition, the game also allows you to create a room with friends. You can invite your friends and try out this direction-targeting skills game.

When playing Ez Mirror Match 2, you will use the familiar champions of League of Legends, those who have been with the players for years. You can play Yasuo, Ezeal, Xayah, Teemo, Leblanc, Ahri, Orianna, Zed and more. New champions are updated every week, bringing you the most exciting experiences. Do not miss!

In particular, the items system of Ez Mirror Match 2 remains the same as that of League of Legends. Surely, you still remember how to combine items of Statikk Shiv, Bloodthirster, Guinsoo’s Rageblade and a variety of other items. The updated items are similar to League of Legends, and you have to learn how to build for different champions. After buying the best items, upgrade them with Blue Essence. There are many ways to get more items. The easiest way is buying a Hextech box or a Legendary Box.

Of course, this is not a MOBA game. Therefore, a player with high-level items will have many advantages over the opponent. The balance of the game is not guaranteed, so you need to have the most powerful equipment possible to face all opponents. Therefore, the publisher has developed a mechanism, which is that the level of each item must be lower than the level of the champion.

Ez Mirror Match 2 has relatively nice 2D graphics. It’s not as realistic as the original game version, but that’s enough for you to feel satisfied. In particular, the home interface and the match finding interface look very similar to League of Legends. Overall, for the graphics, I rate this game 8/10.

League of Legends is a very attractive game. I have been playing since Season 3. And after 6 years, the game still has many interesting things for me to explore. However, each match of League of Legends takes place rather long (about 30 to 40 minutes). It’s a big drawback for many players because we don’t have much free time. Therefore, Ez Mirror Match 2 is a great choice whenever you are free. Each match only lasts about 1 minute, but in the 1v1 match, you need a lot of skills if you want to defeat the enemy. I think, you can train with this game before League of Legends: Wild Rift will be officially released.