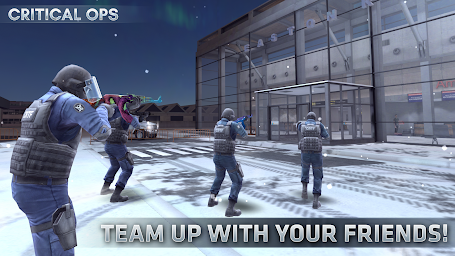 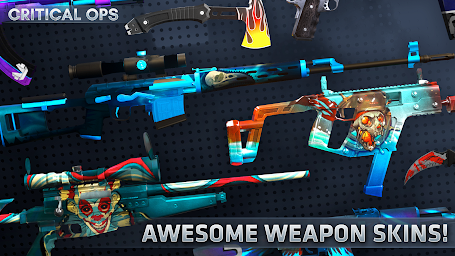 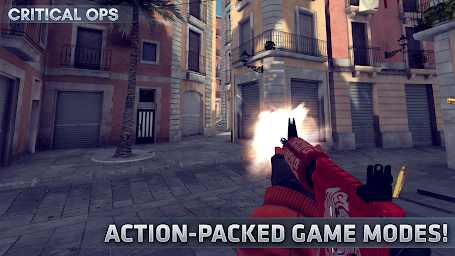 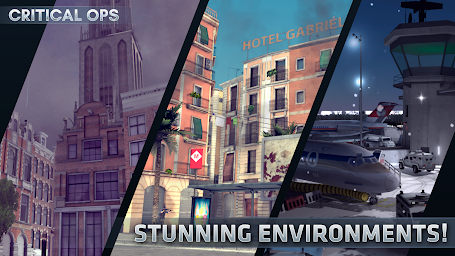 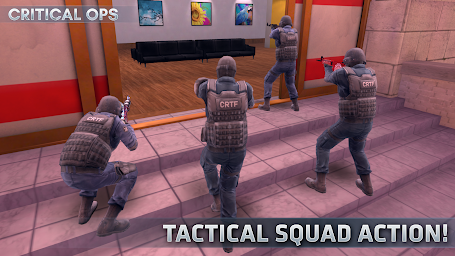 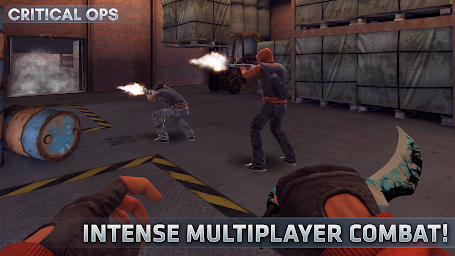 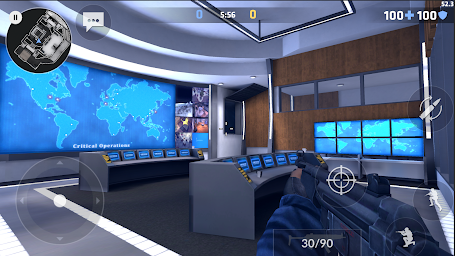 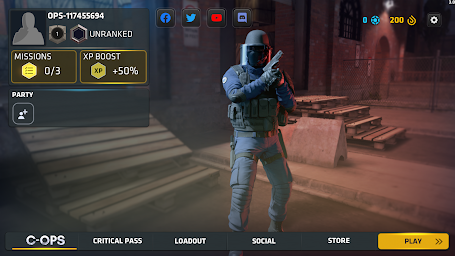 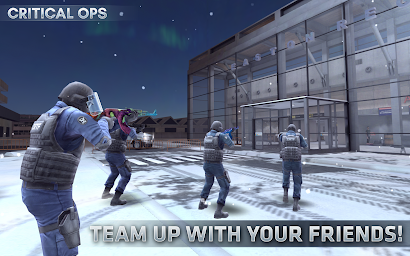 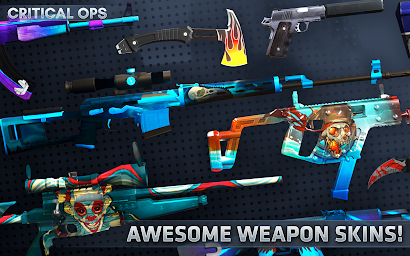 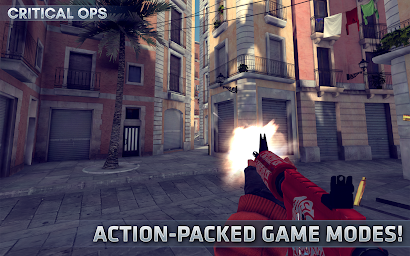 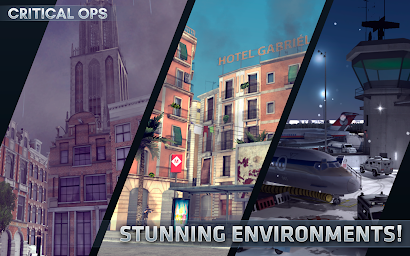 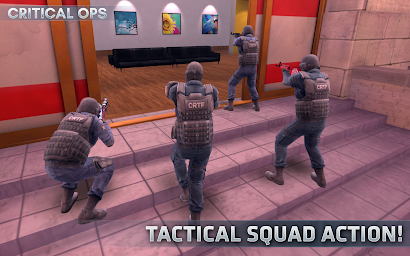 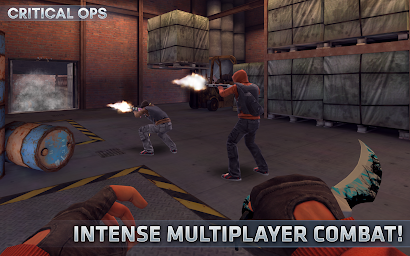 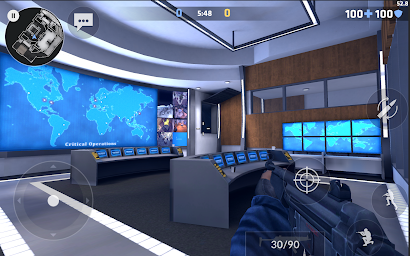 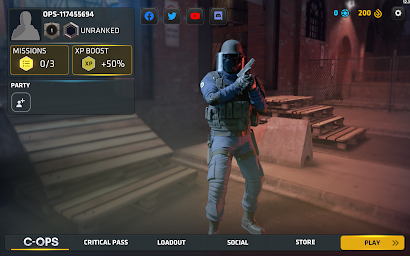 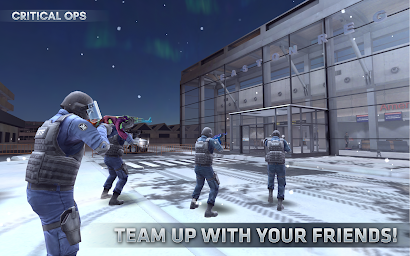 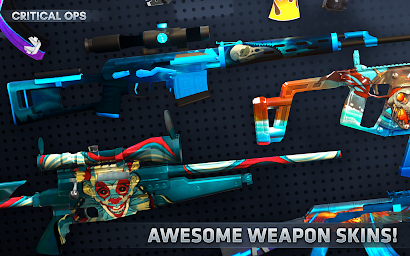 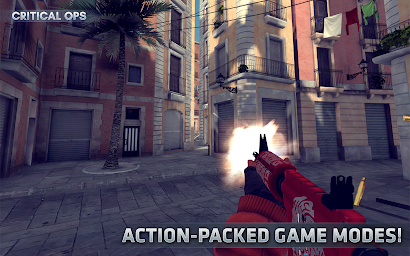 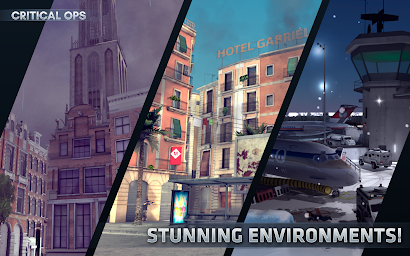 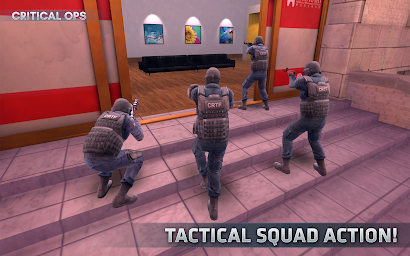 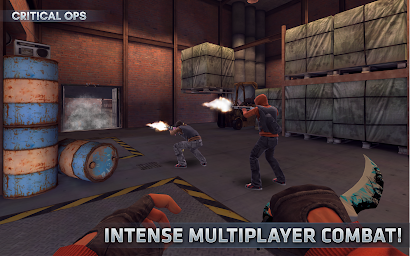 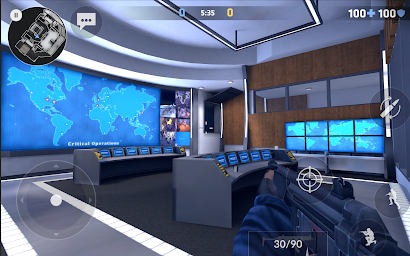 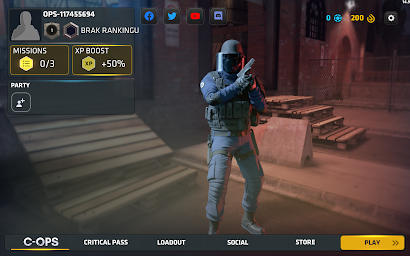 Have you ever dreamed of becoming a member of the task force? Let the game today I introduce you to help make your dream come true. Critical Ops APK is one of the best selling shooter games in the mobile gaming market.

The product of the publisher Critical Force is quite similar to the classic PC-based shooter Counter-Strike. There are many similar games on the market, but why Critical Ops are so popular? Let’s go explore some interesting things in this game.

The first exciting feature of Critical Ops is that there is nothing special about it. Can you believe it? This game retains the classic look of a first-person shooter game and does not follow the trend of modern games. Not many regimes, no new guns, no outstanding graphics. However, that is the interesting of this game. Critical Ops reminds us of Counter Strike – the legendary PC game. On that day, my friends and I often play this game together for fun purposes is the main, does not matter win. So, the game is very suitable for those looking for an entertaining game.

Second, the game does not discriminate rich and poor. Unlike other games, those who are more equipped, have more money will be stronger. Critical Ops is not like that. For each level of play, you are given the choice of any gun you want. So the most important factor to help you win this game is your shooting skills, tactics and teamwork.

The weapon system of the game is very diverse. You can choose from a variety of guns to suit different tactics. You like a powerful gun, Shotgun can be what you are looking for. If you like one shot, choose AWM. If you like guns to support your teammates, M249 is not a bad idea.

In addition to the main weapon, Critical Ops has many more pistols. Besides, you can equip 3 different bombs.

Currently, Critical Ops has two main modes are C4 and Deathmatch. In any shooting game, bombing is always one of the most popular modes. If you are on the counter-terrorist team, stop the terrorists from exploding the bomb, destroying the city. Use your skills, destroy all enemies, then climb to a very high position on the global rankings. In addition, you can also invite your friends, make the team, compete with other teams.

This game is very attractive. However, in Ranking mode there are many poorly conscious players. They often perform AFK or trolling, severely affect other players. Hopefully, the game has a heavier form of punishment for these cases.

Although the graphics of the game cannot be equal to the leading games on the market, Critical Ops quite quality. I am not saying this game’s graphics are poor. It is just that if the graphics and quality are more realistic, the user who is playing this game will feel that they are inside of the game itself. You will be visiting a lot of different cities through the game. 360-degree rotating camera, making it easier to control your character. The control system of the game is also great. Also, you will be surprised with the sound effects in the game.

If you are looking for a classic FPS game, Critical Ops is definitely the best name that I can give to you. This game is full of elements to become a top game in the market. Are you ready to take part in the war on terror? Now, download the game and join the features of FPS.

How can Noadware.net guarantee 100% security for the Critical Ops: Multiplayer FPS Mod APK?

Is it safe to download the Critical Ops: Multiplayer FPS Apk Mod file from Noadware.net?