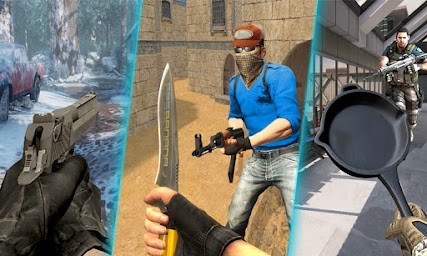 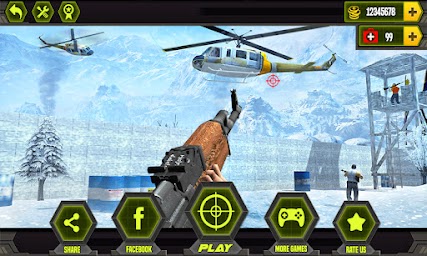 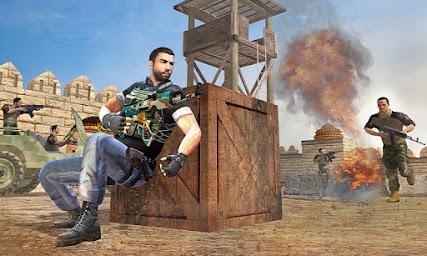 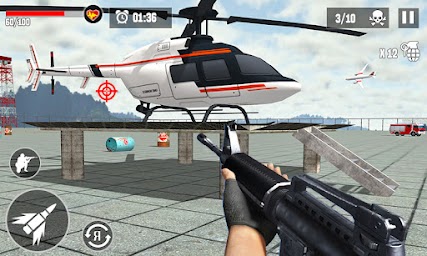 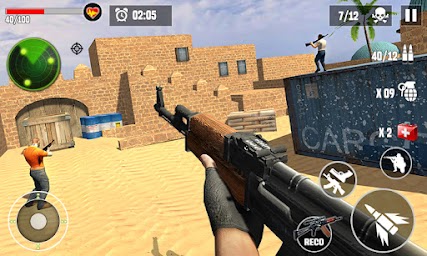 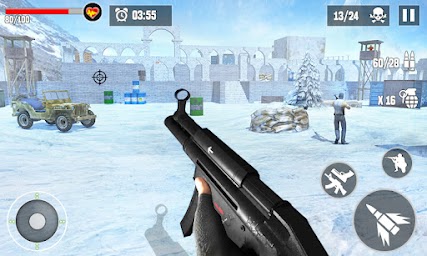 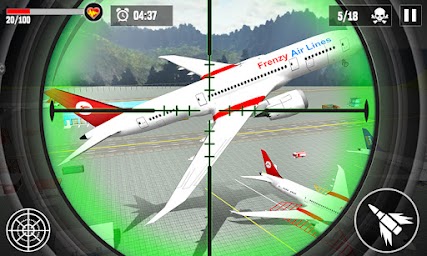 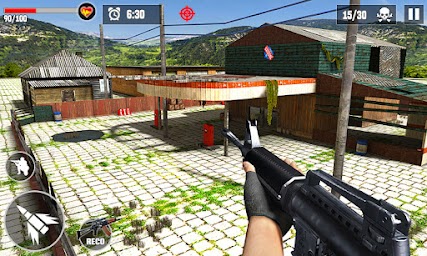 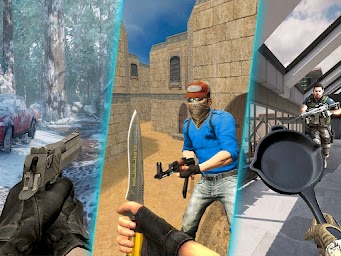 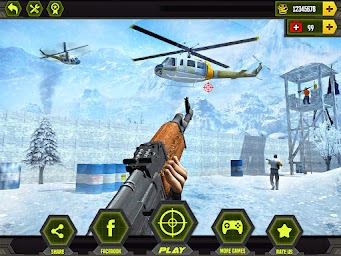 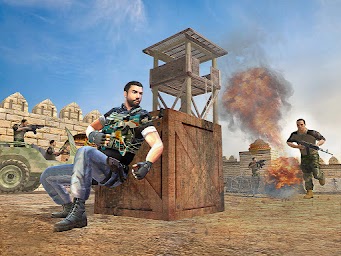 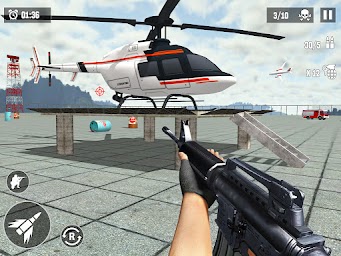 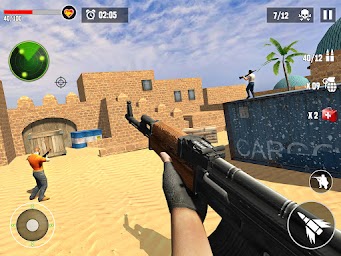 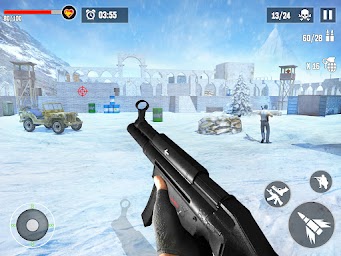 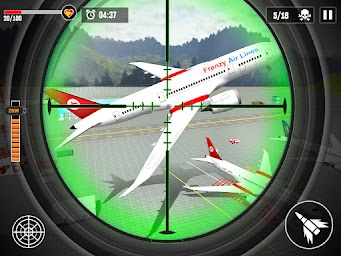 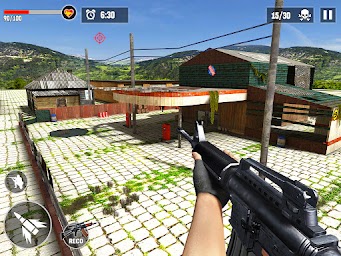 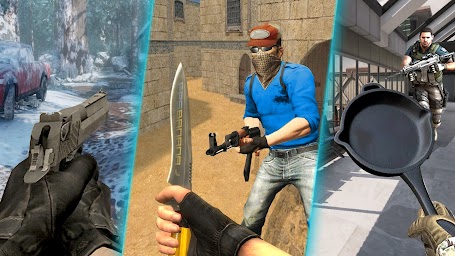 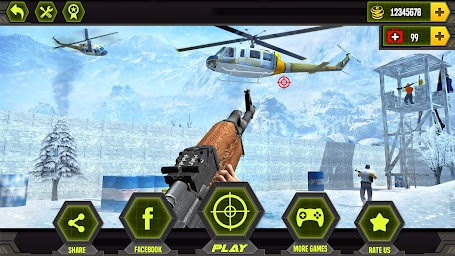 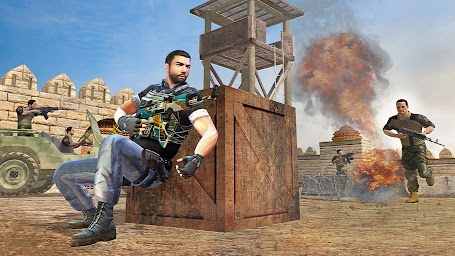 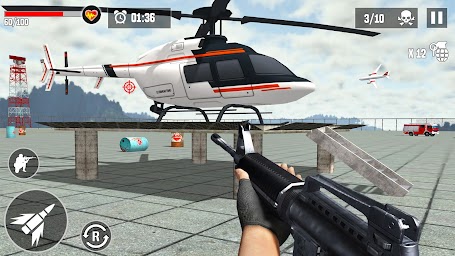 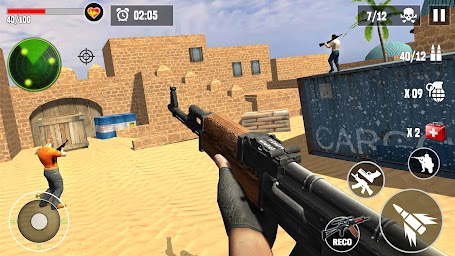 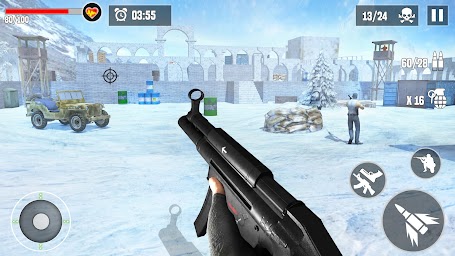 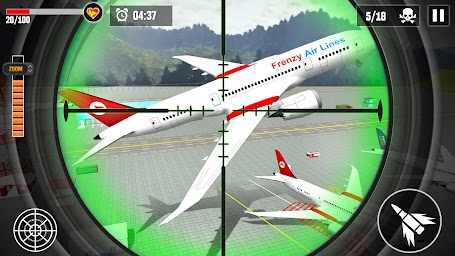 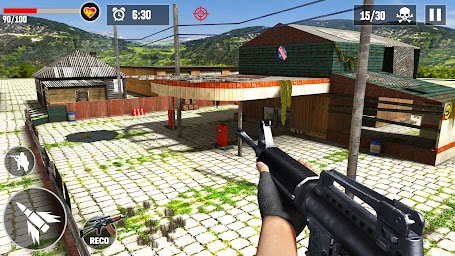 As classic and famous as zombie-themed shooters, the theme of armed shooting with the enemy is a cruel terrorist army always has a strong attraction to any FPS players. If you are one of them, then you definitely should not miss Anti-Terrorist Shooting Mission 2020.

Anti-Terrorist Shooting Mission 2020 is a mobile shooter from the publisher Frenzy Games Studio. The content revolves around the topic of terrorism. The player plays as one of the special armed soldiers of the Terrorist Hunter. Your mission is to track down and destroy members of dangerous terrorist gangs. You have in hand many types of guns and also possess superior marksmanship skills, the rest is courage and improvisation on the battlefield. The ultimate goal is to survive each dangerous mission, find the leader of the terrorist groups, eliminate the roots and master the increasingly heavy attacks of the enemy.

A shooter game with lots of attraction

The special feature of the game is in the slow-motion scenes and the change of view every time the enemy is hit. At these times, using a rocket gun is very eye-catching. At the moment the bullet gets there, the camera direction is also automatically adjusted accordingly so you can see the entire enemy in front of you collapsing in pain, how the gun falls out of their hands. It really feels like a real slow-motion movie. The feeling is very pleasurable, as a real reward for the previous tense moments.

The second best point is in the aiming stage. Depending on the type of gun and depending on the distance or hiding position/appearance of the terrorist, the aiming expression may be different. If the range is close and the bullets and guns are large, just raise them. At longer distances, the target is small but often moves, the screen will show an aiming circle for you to quickly circle the opponent and pull the trigger. The headshot is always a memorable experience and also brings the most bonus points.

The operation when playing is similar to the FPS games that you have ever played, so you will get used to it right away. Swipe around the screen to look around, touch the object to aim. The upper left corner is the navigation circle, the bottom is the grenade throw button to destroy a group of enemies. On the right are the types of armor and select weapons. Remember to pay attention to the Health Bar on the top left, and do not ignore the items that increase health on the battlefield, they will help you live longer.

Because the game has the context of US special forces searching for terrorists. The special feature of these special forces is the ability to snipe, among the strongest in the world. So the whole game, no matter what gun you use, the most honored skill is still Sniper.

The longer you play, the more bonus points you have, the more opportunities you have to unlock new equipment and tools for your battlefield goals. In addition to guns of all kinds, there are also jeeps, helicopters, and bombers… These vehicles are all very powerful. It both helps to quickly defeat and destroy, while also bringing fierce fighting power, and can defeat any large terrorist system.

The ammunition and guns in Anti-Terrorist Shooting Mission 2020 have in common that they look very aggressive and have extremely high damage. Not to mention when you kill an enemy, if he has a new gun, it will become your property. The more trophy you have, the more weapon increases. When playing FPS, collecting weapons, and having a lot of tools, magazines, and things is a great pleasure, it is difficult to put into words.

Armor is also a pretty amazing piece of equipment. Constantly changing your shirt will give you better defense and resistance to damage. Of course, because of FPS, you can hardly see the full face of the soldier every time he changes his armor, but only the hand holding the gun stock or when the armor appears in the list of items. But that was enough to add a bit of morale to the fighting spirit.

Some tips to share with you guys after playing

Anti-Terrorist Shooting Mission 2020 is a sniper game so the first secret is still to hold the gun, wait for the opportunity and pull the trigger as soon as it is time. A minute of procrastination in the game can also lead to a passive situation, missing an enemy or worse, getting bullets.

The second secret is how to move. When you don’t know where the enemy is, you should move in a zigzag style. It will help you detect hidden targets and avoid being sniped in the opposite direction.

Tip number three, reload in a safe place. In the battle, there are always hidden corners for you (or enemies) to hide. When you need to reload, remember to quickly run into these corners and rely on it a little, when you have enough bullets, you will reveal your lace to snipe again. Don’t stand tall in the middle of the battlefield but carelessly load bullets regardless of time.

In addition to constantly monitoring the Health Bar, you also need to follow the Map that appears in the corner of the screen. This is where the terrorists are hiding. When playing, from time to time I look back at the map a bit to see where they have moved, it helps me a lot.

The last tip, choosing a weapon will decide 80% – 90% on the battlefield. For example, if you shoot a long-range target, you must choose a Snipper gun. As for the enemy that displays armored vehicles, you must know immediately that the grenades thrown continuously at them can destroy quickly. With the boss, you can use a combination of rocket guns and sniper rifles to defeat them. The remaining 20% ​​is up to improvisation and using the above tips.

How can Noadware.net guarantee 100% security for the Anti-Terrorist Shooting Game Mod APK?

Is it safe to download the Anti-Terrorist Shooting Game Apk Mod file from Noadware.net?