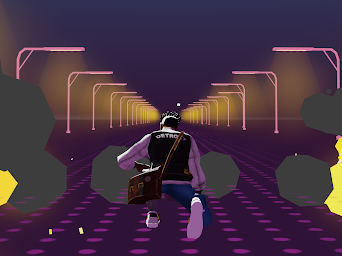 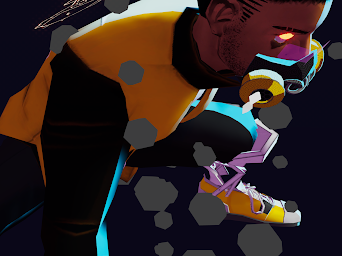 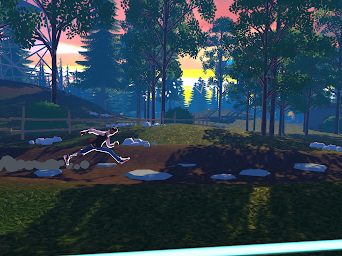 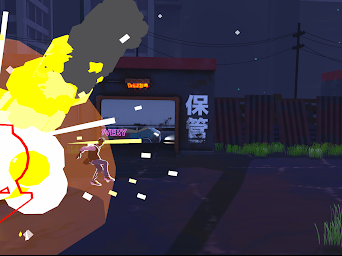 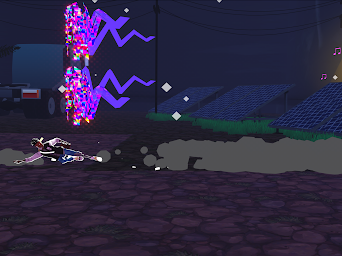 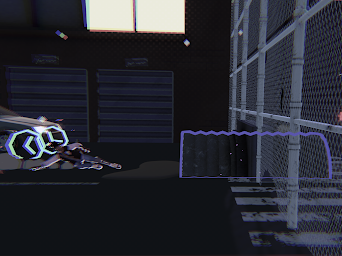 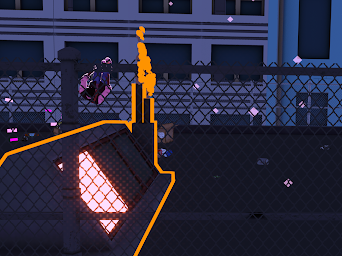 Aerial_Knight’s Never Yield is a fairly simple action game, but its gameplay is extremely addictive. Any player will find the game boring at first, but the more they play, the more addicted they become by this unique gameplay.

Aerial_Knight’s Never Yield is not a new name. It was released more than a year ago on the Nintendo Switch, Xbox Series X and Series S platforms,… Because of the love of the majority of players, this game was released as a mobile version to players easily experience.

The original game was developed by Aerial_Knight. But the Android version was released by Headup, a well-known mobile game company today. Accordingly, the mobile version still inherits what is most prominent in the original, and offers a more enjoyable experience when playing games with smartphones. The same gameplay, the same visual style, but you will have a whole new experience.

Most endless running action games don’t have a clear plot. But in Aerial_Knight’s Never Yield, the game is built with a clear plot. Although this plot is not too special, it is enough for you to explore with the most memorable experience.

The story is about Wally, the main character that you will role-play to play the game. He finds secrets about the city he is in. Those secrets can change the life of an entire city. But he is always pursued by his enemies. Wally’s adventure and escape journey has begun, you your task is to help him complete his mission to change the city, uncover the secrets of this place.

Aerial_Knight’s Never Yield is developed with endless running action gameplay. You will control the main character to run forward, avoiding the pursuit of the enemy. You have to face a lot of obstacles and traps that appear on the way. The game turns you into a passive person, because the pitfalls appear unexpectedly and do not follow any rules. Characters can perform actions such as running, jumping, sliding to avoid those pitfalls and obstacles.

The game has two main game modes for you to choose from. The first mode is the story mode, adventure exploration according to the game’s plot. Or the endless mode, which lets you run endlessly with tons of challenges and pitfalls ahead. This mode will gradually increase the difficulty. It is also an opportunity to help you practice your quick reflexes.

The highlight that many players like in this game is the visual style. Accordingly, it is still developing a unique artistic 3D graphics background. This visual style fully inherits from the original released last year. The image is designed in a contrasting color style, highlighting the subject with light effects. Combined with that are smooth motion effects, giving you an extremely engaging experience.

Not only beautiful images, the music in Aerial_Knight’s Never Yield is equally attractive. The background music in the game was created by Danime-Sama. He is a Detroit performer performing with vocals from artists from around the world.

Aerial_Knight’s Never Yield is not a free game. Initially, it sold for 11.99$ for the Nintendo Switch, Xbox Series X and Series S platforms. In the mobile version, it sold for about 3$. This price may vary depending on the country you are in. However, in this article we bring you the Aerial_Knight’s Never Yield APK version. This version is paid on Google Play, for you to download and experience for free.

It can be seen that the gameplay of Aerial_Knight’s Never Yield is not too new. But the attractive point of the game is the artistic visual style. A kind of 3D visuals you’ve never seen in any other game. Most of all, it is a great combination of endless running gameplay and catchy music. The game’s soundtracks are sought after by many players. Download now Aerial_Knight’s Never Yield APK to experience, it certainly does not disappoint.

How can Noadware.net guarantee 100% security for the Aerial_Knight's Never Yield Mod APK?

Is it safe to download the Aerial_Knight's Never Yield Apk Mod file from Noadware.net?